The history of the
4* Hotel Zimmerbräu at Lake Wolfgang

Our hotel is a real historical gem, steeped in history beginning in the year 1514 with the construction of the old 'Kaufflinger Haus'.                     The building was taken over not long after this by master brewer Aegidius Zimmermann. It was then renamed 'Zimmermanns Bräu'.  For over 300 years, 'Zimmermanns Bräu' brewed beer in accordance with German beer purity laws until the mechanical breweries arrived in 1895. Then, with the invention of the steam-driven refrigerators, the big breweries were able to brew beer throughout the year. Without refrigeration, it was only possible to brew in March, hence 'Märzenbier' (March beer), for which temperatures of between 8 and 12° C were required for the fermentation vats.

The result of this modernisation and progress forced 85 % of small breweries to close between 1892 and 1897.  'Zimmermanns Bräu' closed in 1895 and was turned into an inn and from that time it has been a place for people to enjoy a stay in on Marktplatz in St. Wolfgang. In 1954, my parents (Scharf family) joined the Zimmerbräu tradition of catering. Initially the Scharf family leased the house for 18 years and then in 1972, they became the proud owners. In 1997 I, Alexandra Pöllmann (née Scharf) took over the running of the hotel and since 1999, together with my husband, Johann Pöllmann, we have been working to continuously renovating and modernising as well as restoring some original features. Come and meet us, we would love to welcome you here in our house.

around 1790 the name changes to "Zimmerbräu"

in 1895 closure of the brewery and conversion to an inn

since this time continuous extensions & restorations 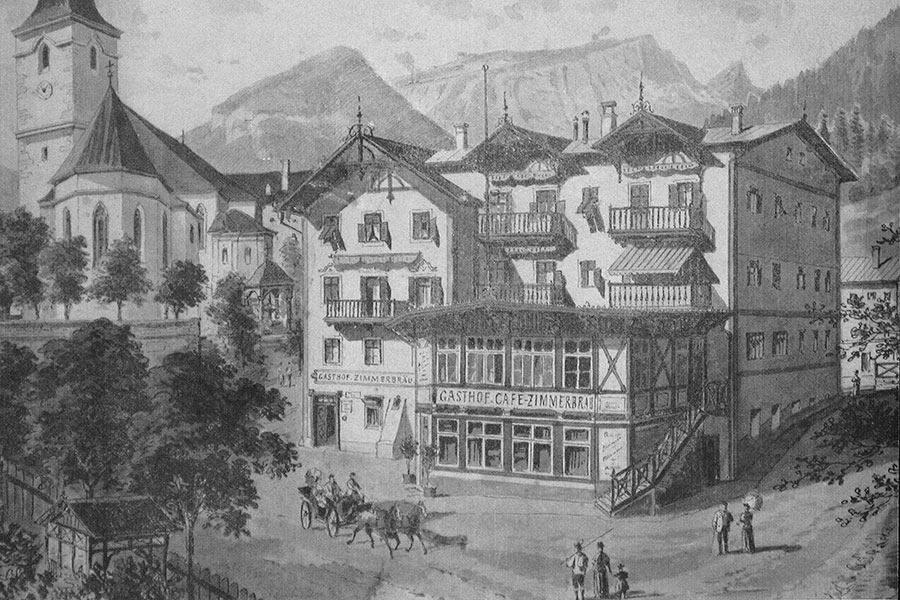 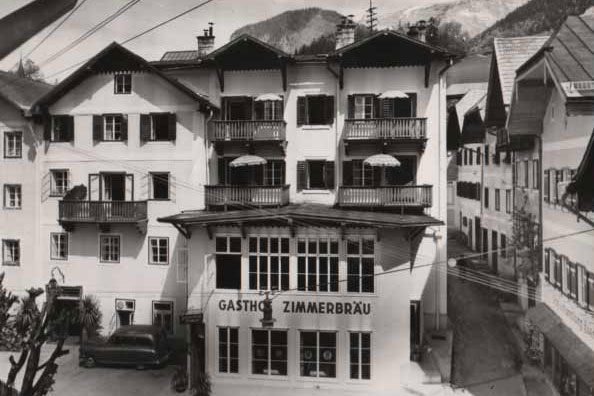 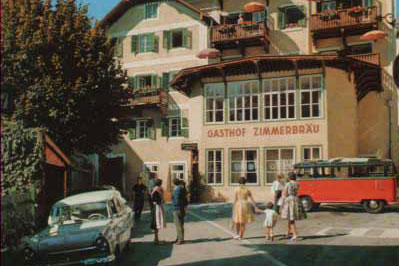 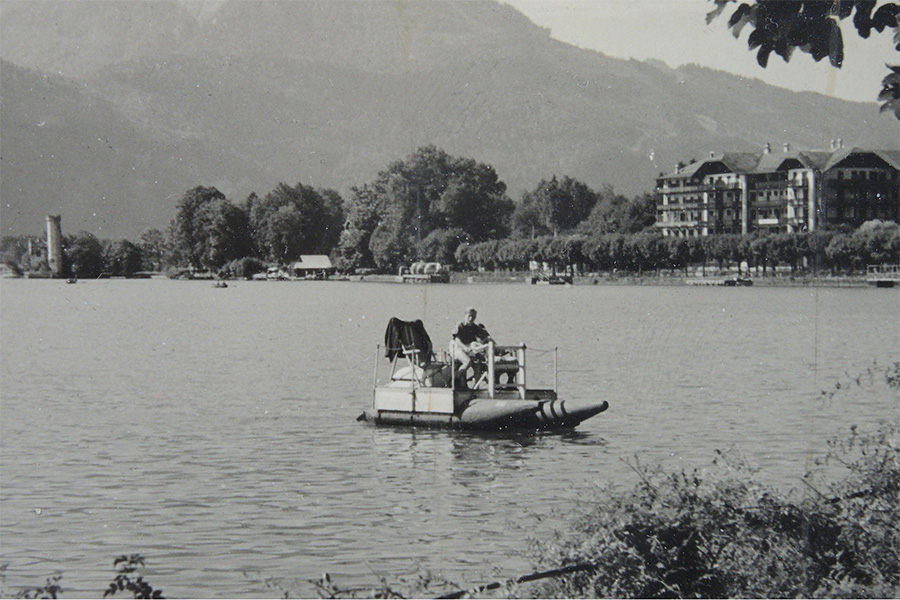 Why choose our House...